After seeing the magnitude of Niagara Falls with our own eyes, we can move on to the last point of our trip, Toronto. Accordingly to the regulations of Cruise Canada, we have to return our camper till noon, so it can be prepared for the next customers. Luckily, we have enough time to explore the city, at least its biggest attractions. And by the way, take a slow ride along the shore of Lake Ontario.

So we go, again passing by the beautiful St. Catharines with its huge rose garden. We also pass along Hamilton, the capital of the Canadian metallurgical industry. Apart from the fact, that the name may not sound too tempting, there’re a lot of eye-catching monuments, including majestic building of the Scottish Rite Castle.Even more beautiful is the historic, classical manor house, called Dundurn Castle, around which tourists are shown by guides wearing costumes from the 2nd half of the 19th century. When the city bought the castle, it underwent a general overhaul which cost almost 3 millions of dollars. Another noteworthy place are the Royal Botanical Gardens, one of the biggest tourist attractions between Niagara and Toronto. The garden’s terrains belong both to the Hamilton, as well as to the neighboring Burlington. As opposed to St. Catharines, Royal Botanical Gardens are not famous for roses, but for the world’s biggest collection of lilacs. Apart from the gardens, Burlington tempts with a beautiful promenade along the Spencer Smith Park, and annual Food Festival, called Canada’s Largest Ribfest. During the party, which usually lasts for four days, people collect money for the charity.

The last stop is in the city of exotic sounding name, Mississauga. It owes it to the Indian tribe, which resided here in the past. It’s a very young resort (it received the status of a city in 1974), however it develops very quickly Here, we can feel like in our homeland – many of the inhabitants have the polish roots. In the city is also located a polish church – St. Maximillian Kolbe Catholic Church. Because of its young age, Mississauga doesn’t have that much of historic places, nonetheless it has an interesting Coptic Center with gilded domes.

We continue the ride along the lake. On the right hand we immensity of the water, on the left – the abundance of greenery. In front of us there’s Etobicoke, the western district of Toronto. We’re almost there. 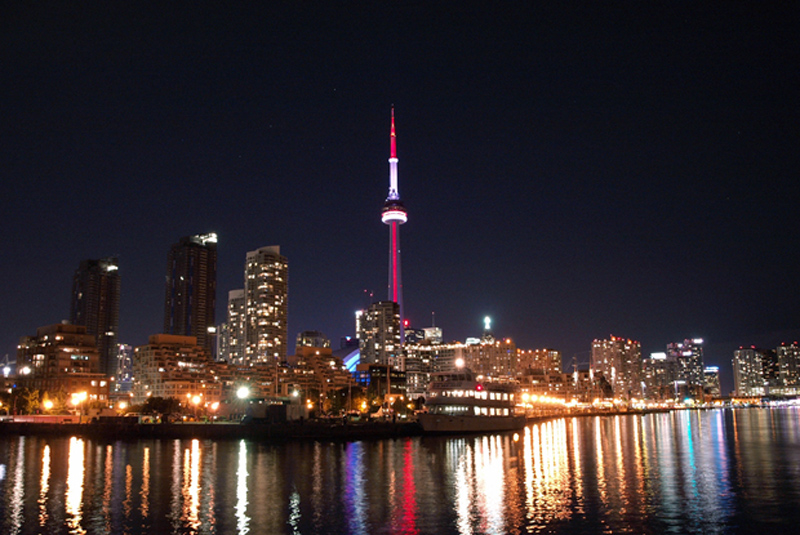 We finally get to Toronto, the final point of our journey. In the first place we head toward Casa Loma, also known as the Canada’s Majestic Castle. It’s a magnificent castle built at the beginning of the 20th century, it contains 98 halls, and it’s surrounded by equally magnificent Victorian gardens. It enormous, majestic and simply delicious. Marble floors, two towers, thanks to which the building resembles a fairy tale castle, rich barns with the boxes of mahogany, an elevator (the first in the city), but also a bidet which is a real rareness – everything almost screams, informing tourists of its value. No wonder that the castle often serves as a wedding or ball hall. Which woman, dreaming of a big wedding, and being a princess in this important day, didn’t want to celebrate it in such a beautiful place?

After exploring Casa Loma, nothing will seem equally majestic, nonetheless in Toronto there’re places, which can still delight us. One of the well-known is St. Lawrence Hall, a big, thick-set building which catches the eye from the distance. Another noteworthy place is St. Lawrence Market, attracting not only with its historic façade, but also with the selection of goods. We cannot skip the Art Gallery of Ontario (formally known as Art Museum of Toronto), a construction made of glass and metal, in which almost 26 thousands of works of art are held. It’s the biggest art gallery of North America, the most important in Canada – it simply befits to visit it while being in Toronto.

It’s just a small part of the city’s attraction, which really deserves a much more attention. It’s the greenest metropolis in the world – the green zones covers 1/5 of the total surface, incomparably more, than in other cities. Crucial is also the fact, that in Toronto is also located the Rouge Valley Park, the biggest green zone within the boundaries of the city. It covers a surface of 5 thousands hectares, so as you can see, besides the metropolis’s enormity, you can also breathe the fresh air.

And that’s how our 10-day Canadian adventure ends. We head forward to the airport, to get back to Poland. With us we take a bunch of great memories, photos, experiences, the pictures of immense terrains, virgin forests, lakes and the beautiful architecture of Canadian cities. We have a lot to remember. 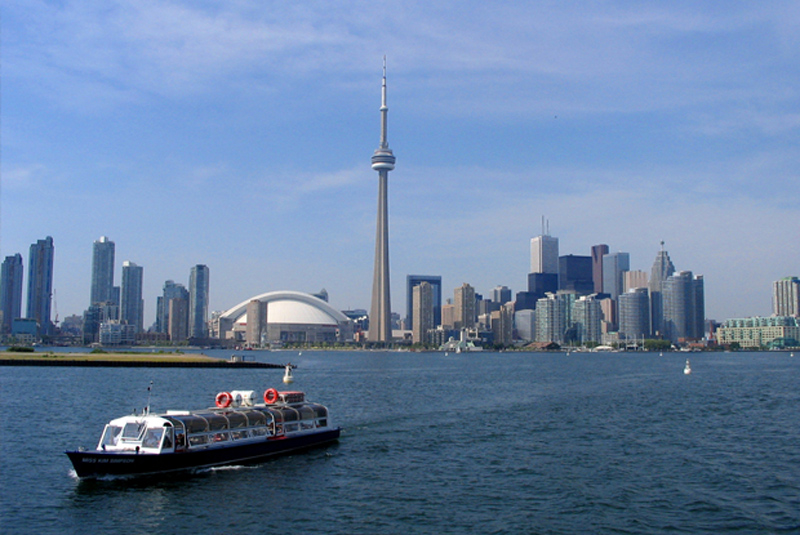