After enjoying the virgin nature of Réserve faunique des Laurentides to the full, well-rested and happy we can go back to the civilization. Montreal itself is waiting for us – to get there from Quebec, we have to cover a distance of 254km. Montreal is the second largest city in Canada and the biggest port of the eastern part of the city. It’s located on the island of the same name (Il de Montreal) and several smaller peripheral islands, scattered east of the intersection of Ottawa and St. Lawrence River.

A city’s big gest attractions involve Rue de la Commune, a street in the historic part of Montreal (Vieux Montreal). A row of monumental buildings is located along the street, there’s also Pointe-à-Callière Museum, an archeological museum built in 1992, as part of celebrations to mark Montreal's 350th birthday. You can see there a collection of artefacts that show how French and British cultures coexisted and interacted during the reigns of the next governments. 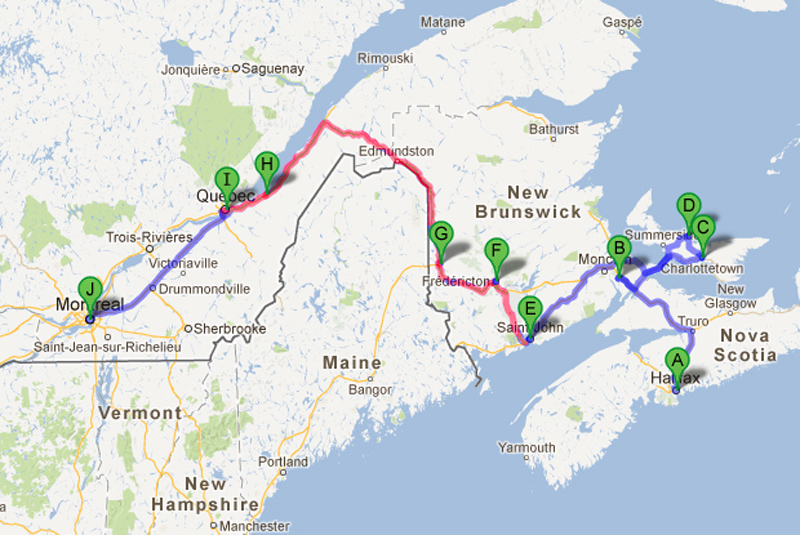 The city doesn’t Lack in the greenery and areas, in which you can forget about the daily rush. Especially popular among the inhabitants is the Friendship Garden (Dream Lake), as well as Jardin Botanique de Montreal with the Japanese Pavillion. where you can see the tea ritual, and the Parc Mont Royal. Lake Lac-aux-Castors is located in the western part of the park, however in the central part is located a palace Grand Chalet. Its terrace has a beautiful view of the St. Lawrence River, the Green Mountains and the city.

Montreal’s attractions – the architecture and sport

People visiting the city pay particular attention to the sacred monuments, which isn’t surprising, because the local temples are especially beautiful. A good example is St. George’s Anglican Church – a church which, in 1990, was enlisted as a National Historic Site of Canada. This Neo-gothic temple was built of a sandstone, it’s characterized by pointed-arch windows and steep towers. What’s interesting, the joists of the church are the biggest in the world.

Another attraction is the building of the city hall, as well as St. Joseph Oratory located on the slope of Mont Royal – the highest church of Canada (its dome is 97 meters high). According to the statistics, the temple is annually visited by over two millions of pilgrims and tourists. Its crypt is built of concrete and covered with blocks of limestone from the Deschambault quarries. The facade was created in the style of the Italian Renaissance, whereas the columns are characterized by the decorativeness typical for the Corinthian order. 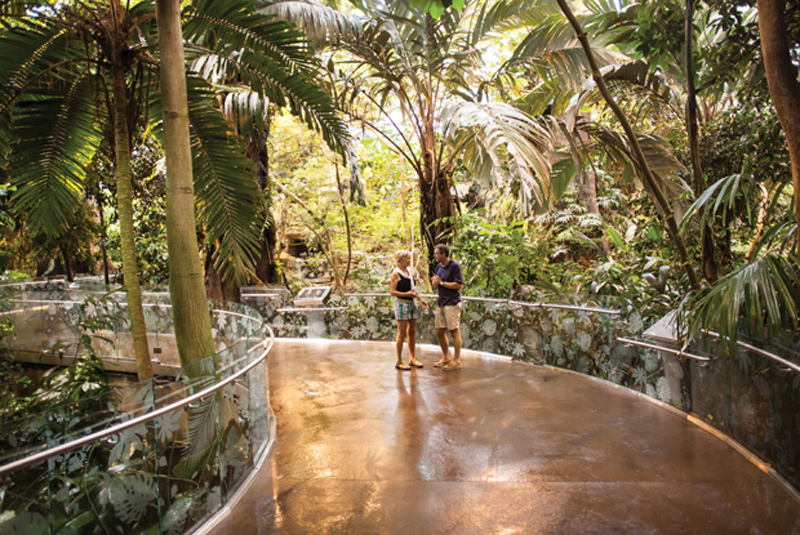 Being in Montreal, you necessarily have to go to one of the main squares of the historic part of the city – Place d’Armes. There, you’ll find a giant Neo-gothic building, Basilica Notre-Dame. It’s a unique temple, built on a grand scale with a richly decorated interior. Its distinguishing feature is untypical for the church theme of the stained glass windows. They don’t represent biblical scenes, but events in the religious life of Montreal residents. Next to the basilica is another monument located - one of the oldest buildings in the city, St-Sulpice Seminary.

What also attracts visitors is the giant Olympic Stadium (Stade Olympique). Its original construction resembles a bit a spaceship, or a modern chimney. It was built before the Olympic Games in 1976. Another building with a unique design is Casino de Montreal – a futuristic construction, which looks amazing both during the day and in the night, when it’s illuminated. It’s located on the island Ile Notre-Dame

In the past, Motreal was a very significant trade center. The first Canadian railway line was build in the near proximity to the city (in 1836), and thanks to the fast development of the railway lines, Port of Montreal became one of the main ports in the whole country. Then, after the historical turmoil, or maybe economical turmoil (a series of bad investments), Toronto get the first position. Things had changed, when the World Trade Center was established there, as well as the Quartier International, and the branches of UNESCO and WHO. 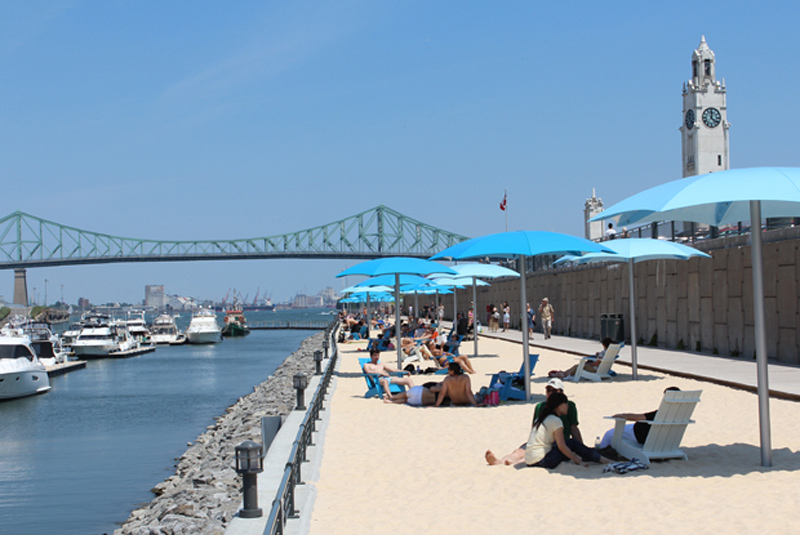 Today, however, the city is not falling behind and every year attracts more and more tourists. Many of them come here, tempted by the rich offer of the nightlife. The truth is, Montreal has the best nightclubs out of the whole Canada. They can be found by the boulevard St. Laurent-Shed Café, Rue St. Denis will also be a good choice.

The city organizes a lot of concerts and different kinds of cultural events. In early July, Place des Artes and neighboring streets resound with jazz – periodical event, called Montreal Jazz Festival, is held then. Just two weeks later, and several streets away, is another important event – Festival Juste Pour Rire, a festival of laugh. It’s just a small part of the attractions in which tourists can participate.

Rest on a campsite

Montreal, along with its surroundings, is so attractive, that it’s worth to spend some time here. A good solution would be parking your camper at Montreal West KOA (171 Route 338, Coteau Du Lac). It’s only 20 minutes drive from the center, and in case you have to quickly get to the city, you won’t have any problems – the busses runs very often. However, if someone would like to stay closer to Montreal, should choose Montreal South KOA(130 montee Monette, St Philippe de Laprairie). It’s a capacious campsite surrounded by greenery, with a lot of pitches for campers. It doesn’t lack in places for barbeque either. Both campsites belong to the same organization, so the prices are very similar – ranging from 28$ for a double occupancy and a place for a camper (per night).

As we found a great place to sleep, we can finally rest and thing over the further route. Our next aim is Ottawa, Canada’s capital city, surrounded by woods. En route to Ottawa, we’re going to stop off in Vankleek Hill Fair, a small town famous for great festivals. We have 100 km to cover, Bon Voyage!