Relaxation on the Italian coast is something that everybody has to experience at least once in a lifetime. Just to be able to feel the wonderful ambience every time you look at the photograph of some romantic coves, incredibly clear water or wide beach. You won’t ever forget the view of the azure waters merging with the sky, which greets you every morning.

However, to be able to delight with these views, you can’t waste your time and move on along the coast. From Ancona we head toward Pescara, which is another small, though very climatic town. It’s one of the most important trade, economic and touristic centers on the Adriatic coast. Thanks to the diverse, 20 km long coastline is also a popular resort besieged in the summer by thousands of vacationers. Besides, each year in July Pescara is a host to jazz festival, called Jazz Pescara. The place resounded with jazz for the first time in 1969, and it was the first summer event devoted to the jazz music. From then on it’s one of the most important jazz festivals in Europe. 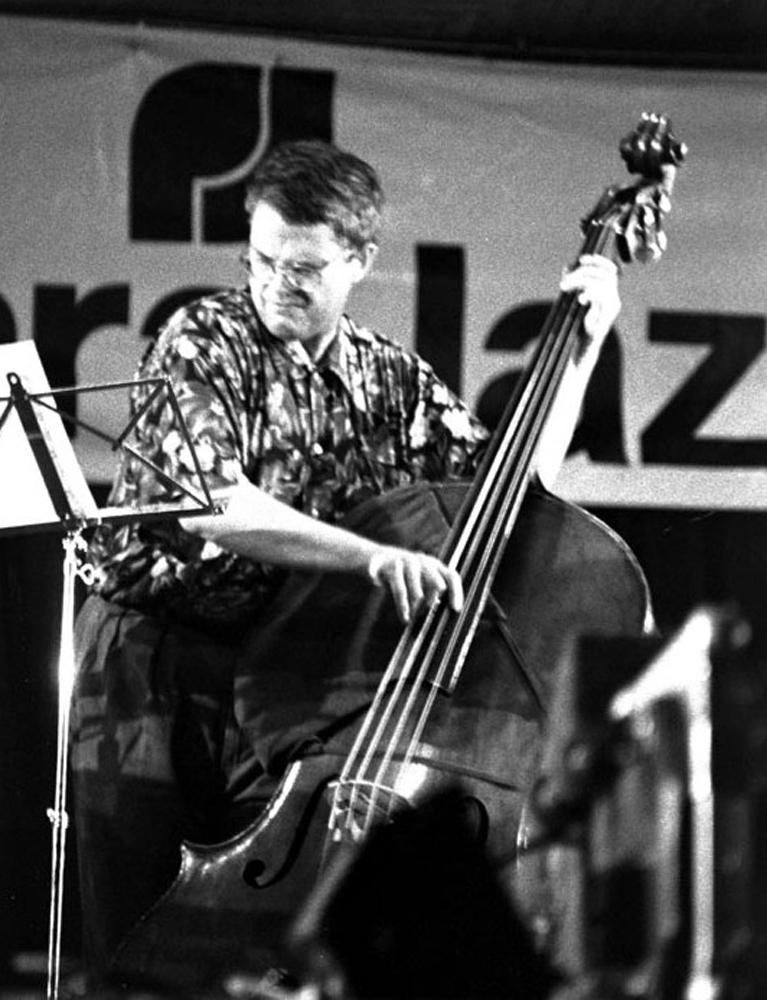 Another stop we do in Manfredonia. It’s a pretty small town, nonetheless really charming and full of attractions. Worth of visiting is the Basilica of Santa Maria Maggiore di Siponto from XII century, as well as comely catholic church, Duomo do Manfredonia. It this town, even the railway station is beautiful – that’s why the resort is full of specific climate and subtle charm.

A little bigger is a town of Bari, located approximately 1,5 hour drive from Manfredonia. It’s the second largest, after Naples, economic center of the southern Italy, also known as academic city and a seaport. We, apart from the monuments and beaches, were attracted by Saint Nicholas. Exactly from here comes the bishop called Wonder-Worker or Nikolaos of Myra. The majority of us is used to the thought, that the “real” Santa lives in Rovaniemi among the reindeers and elves, nevertheless it was here, where lived a man, who become famous for his goodness and courage in rescuing innocent people from death.

And that’s how we found a place, which immediately reminded us of a winter and snow (which Saint Nicholas needs to ride his sleigh). it’s a high time to reach our target, which is the city of Lecce. We’re about 1,5 hour drive away from it. 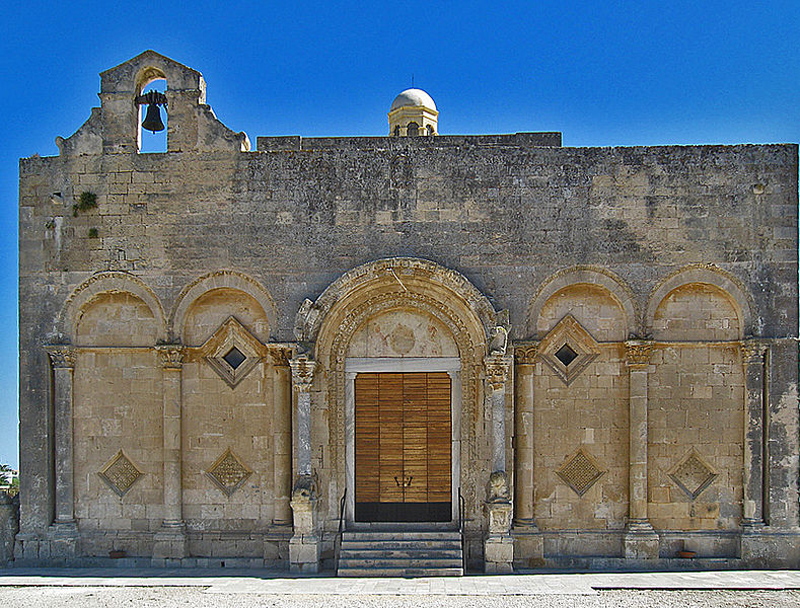 Lecce – Florence of the South

Not without a reason it’s considered to be one of the most beautiful resorts of the southern Italy. The town is wonderful, and it’s baroque buildings enchant with brilliant interiors and decorativeness of the facades. La Basilica di Santa Croce, one of the most important monuments, catches the eye of the visitor. It’s hard to decide, which adjective describes it the best – fairylike, monumental or majestic. It’s beautiful both from the inside, as well as from the outside. Equally famous is the Church of St. Matthews, not to mention incredible San Giovanni Batista, that is the Church of St. John the Baptist. Monuments can be also found on Piazza Duomo – a Cathedral Square, by which the Church of Assumption of Our Lady is located. It can take a pretty long time to enumerate all the local baroque churches, but it should be enough to repeat after the French art historians of the twentieth century, that if we had set all the churches of Lecce along one street, we would have created the most beautiful street in the world. 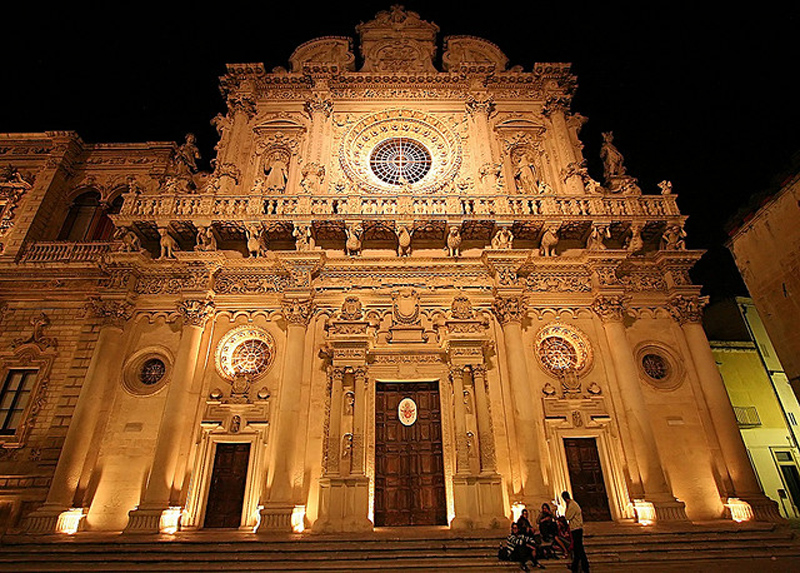 Baroque splendor of the monuments is one of the most important, however not the only one virtue of the city. As this is a seaside resort, it tempts with a wonderful beach, as well as everything which is connected with the holidays on the sand. Besides, about 40 minute drive from the town is located Torre Sant’Andrea, incredibly beautiful spot with even more beautiful beach. It has already been awarded several times with the Blue Flag, confirming the cleanliness of the water and area, and the picturesque cliffs and sharp rocks constitute a real feast for the eyes. 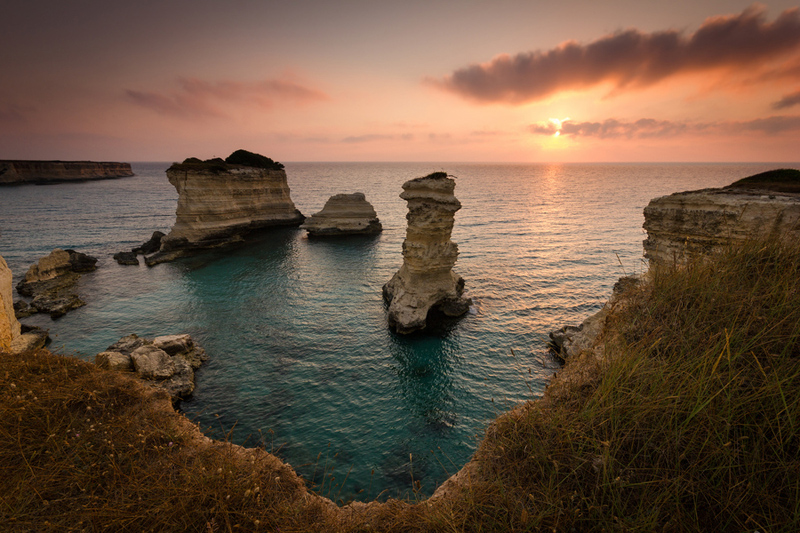 Night by the beach

About 20 minute drive from Lecce, there’s a nice campsite – Camping Village Torre Rinalda, which is worth checking. The prices of accommodation are getting higher each month: a group of 3, who came with a camper, in June and before will pay 19,80 per night, however during high season (in August) – even 57,90 Euros/night. It the price are included two tennis courts, a football pitch, a basketball court, there’s also a swimming pool and a volleyball court. But that’s not all – here are two stores, one of which is located right on the beach, a restaurant, internet café and Wi-Fi zone.

To get to Lecce from Ancona you have to cover a distance of less than 700km, and the time of the journey depends only on how long will we stay in towns passed en route. 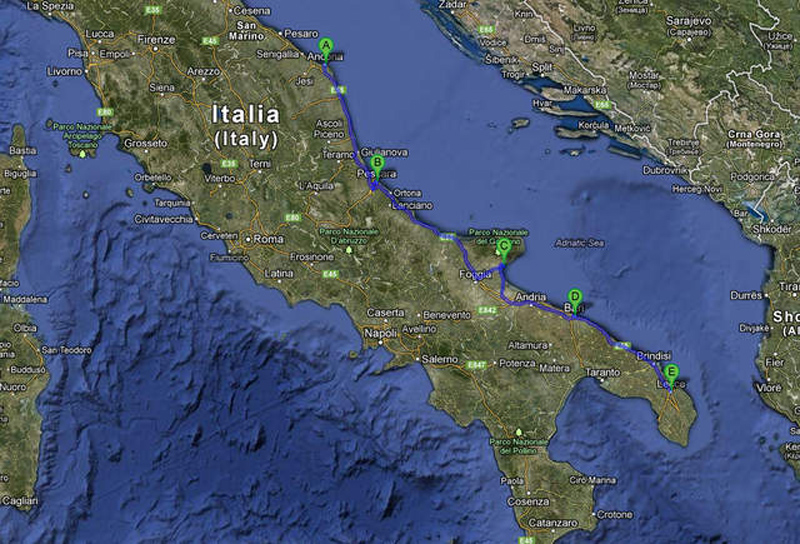 You can spend a night with a pleasure in such place. You can also stay longer, think over and decide whether to go back home, or continue the coastal trip. There’re a lot of spots, including beautiful Torano and a place where Scylla hunted for the wanderers.

Eurcamping is located in the Abruzzo region , in a green area between the " GranSasso " mountain and the ...

VILLAGE You can enjoy your stay among the greenery of the trees and the colours of the flowers where families ...

Why not Reggio? While travelling around the South of Italy, you can fell like at the crossroads - the reason says it... more

Italian boot Everyone, who loves warm see, sandy beaches and sun, dreams of exploring the coast of Italy. And it’s n... more